The kids have been playing a lot of Oregon Trail on the computer lately. R10 set out on one particular journey with 750 lbs of bacon. Morale was very high for a long time. 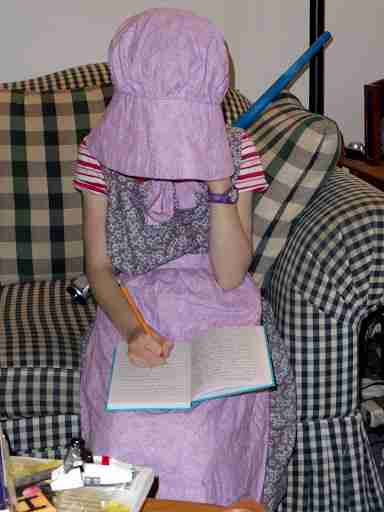 Unfortunately, the wagon tipped over in a stream. Loss- 100 lbs of bacon.

Then the wagon tipped as they were going up a hill. Loss- 50 lbs of bacon.

Next, the party got stuck in the mud and they had to dump some cargo. Out went another 100 lbs of bacon.

They ate the rest of the bacon. Then morale dropped. Very low.

Everybody’s happy till the bacon runs out…

“Next time I’m getting a fiddle,” reports R10. “Fiddles keep everybody happy, but you don’t have to lug around the bacon.”