Rene Descartes was born on March 31, 1596. He’s considered the father of modern philosophy and he was an accomplished mathematician. I chose to feature Descartes because I thought it would be a perfect tie in to some fun math lessons.

You may best know his influence if you’ve ever graphed a line or a conic section! He developed the Cartesian coordinate system which allows you to place a point in space as a set of numbers- on the x and y axis. Sound familiar? 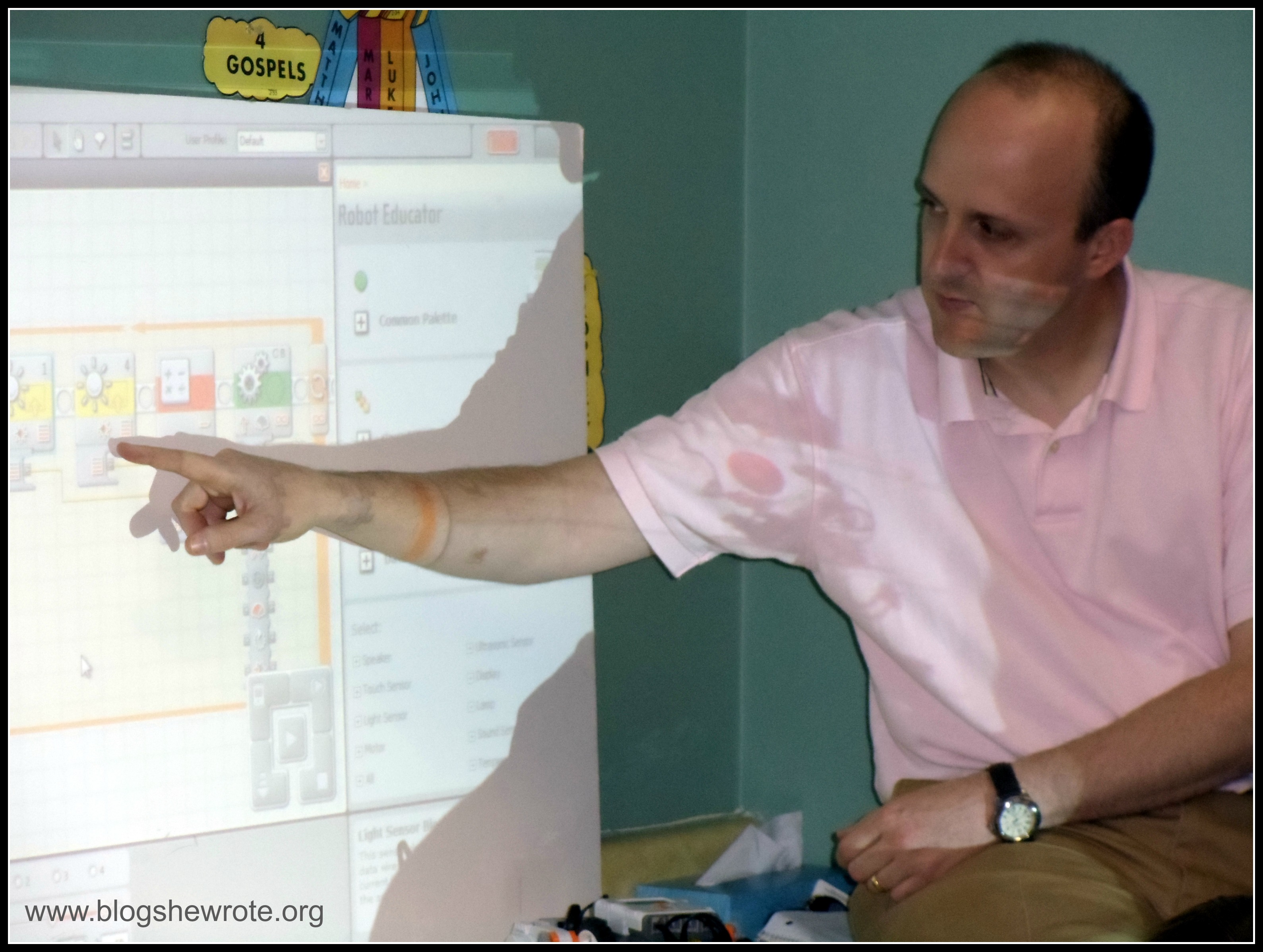 Dan often refers to Rene Descartes and the Cartesian graphing system when he teaches his programming classes at our homeschool co-op.

Dan is famous for his dinner time discussions. This one was a graphing extravaganza- a younger E14 is quite engaged. 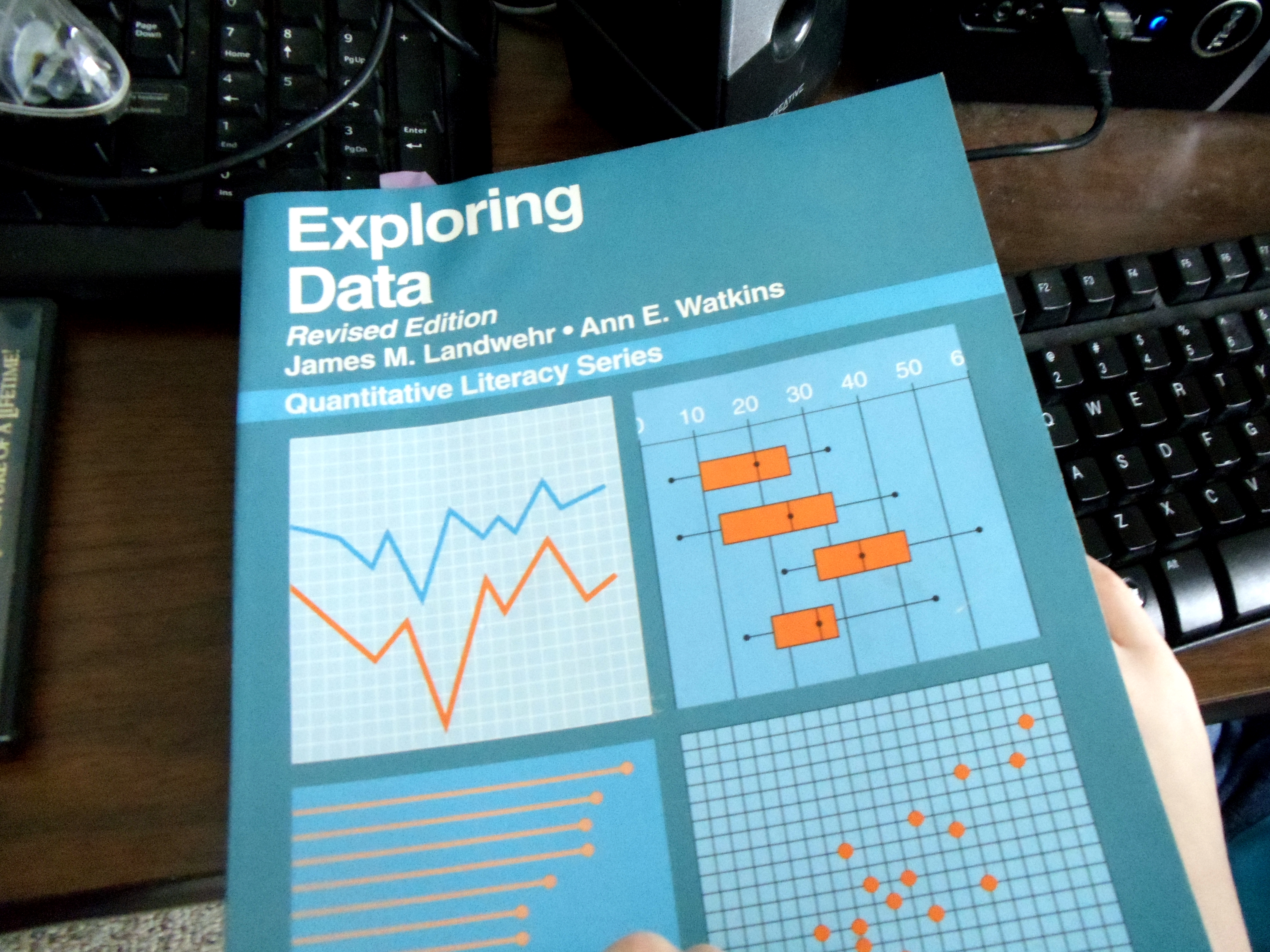 This is a book from my classroom teaching days. It’s full of great data sets for graphing and data analysis. Without thinking, I picked a set with both qualitative and quantitative data…no need for a Cartesian system in this case… 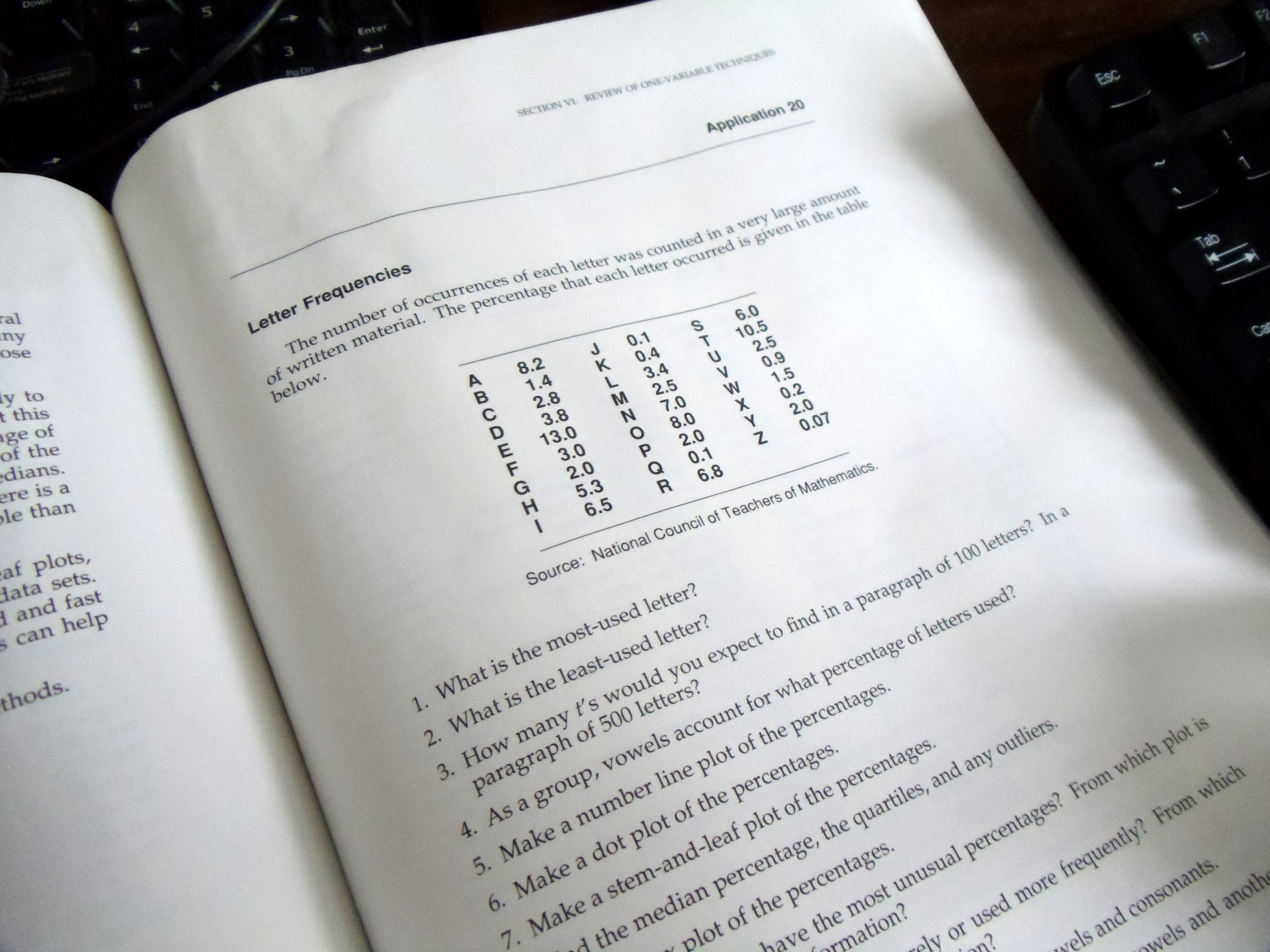 Tip: If you want to make a line graph, be sure to choose a data set with two sets of numbers…one set for the x axis and the other for the y axis! This would be the non-example!

Today I encouraged J7 to enter some data points into Excel so he could generate a graph. This was not a line graph data set, but we did talk about why it couldn’t be one- here he graphed the frequency of the letters of the alphabet in a selection of writing. E and T win the day! 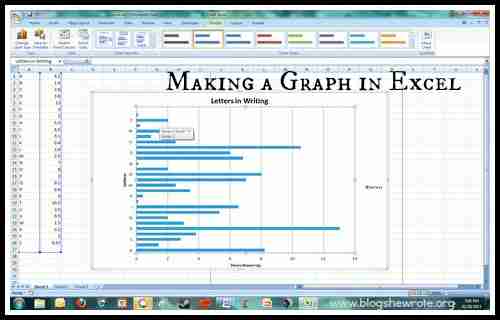 Another tip, when you are teaching a concept in math, it’s a great idea for students to find out about the person behind the concept. What a great starting point for a math journal entry…explaining who the mathematician was and all about the concepts he discovered.

If you want to see what other birthdays iHN bloggers are celebrating, please visit Birthday Lessons in March.

Welcome to Blog, She Wrote. I'm Heather Woodie, mom to 4 fantastic kids ages 15 to 22. This year we're homeschooling 12th and 10th grades. Our two homeschool graduates are thriving at Purdue & Cornell Universities. Learn more about our independent & authentic homeschool days and subscribe if you want ideas, lessons, and encouragement for homeschooling high school with peace and confidence!

Happy Friday! I thought it would be fun to introd

One of my favorite responsibilities in all the wor

Happy Mother's Day to you all and a special shout

Homeschooling is a journey and it's full of twists

Welcome to our new followers! My name is Heather W

One of my favorite things to talk about is mentori

One of the best things about my work is getting to