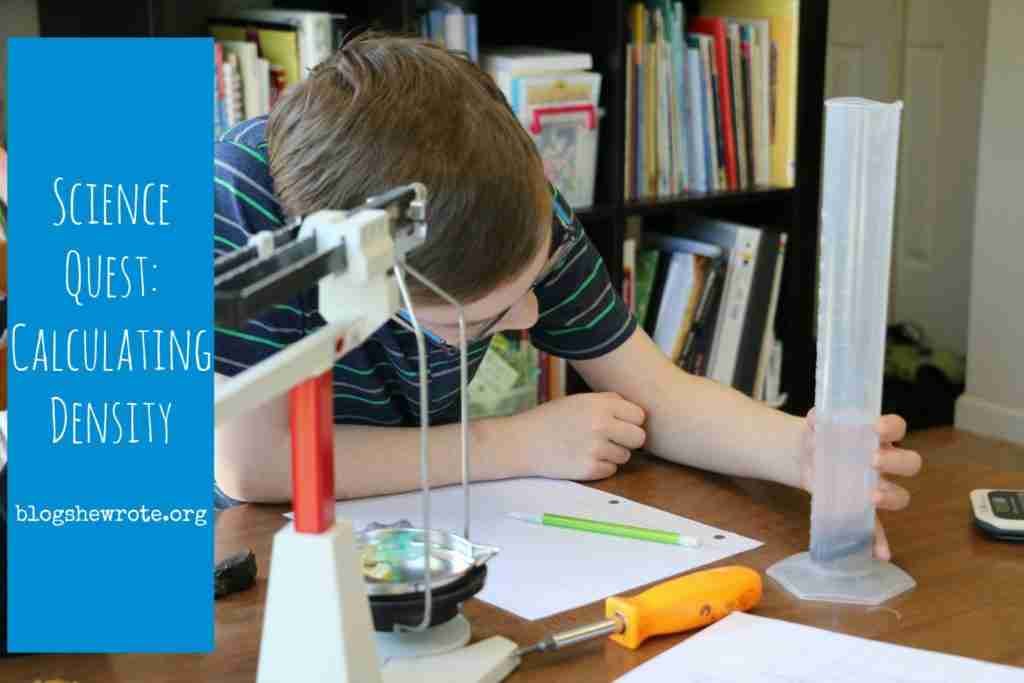 This year we are teaching all kinds of different science in our homeschool. For a variety of reasons, our high schoolers are all doing different courses- physics, chemistry, and earth science. Our middle schoolers is doing a history of science with a big mashup different science disciplines which makes it easy for me to include him on what others are doing. So, whenever I have the opportunity to do labs together, we will. 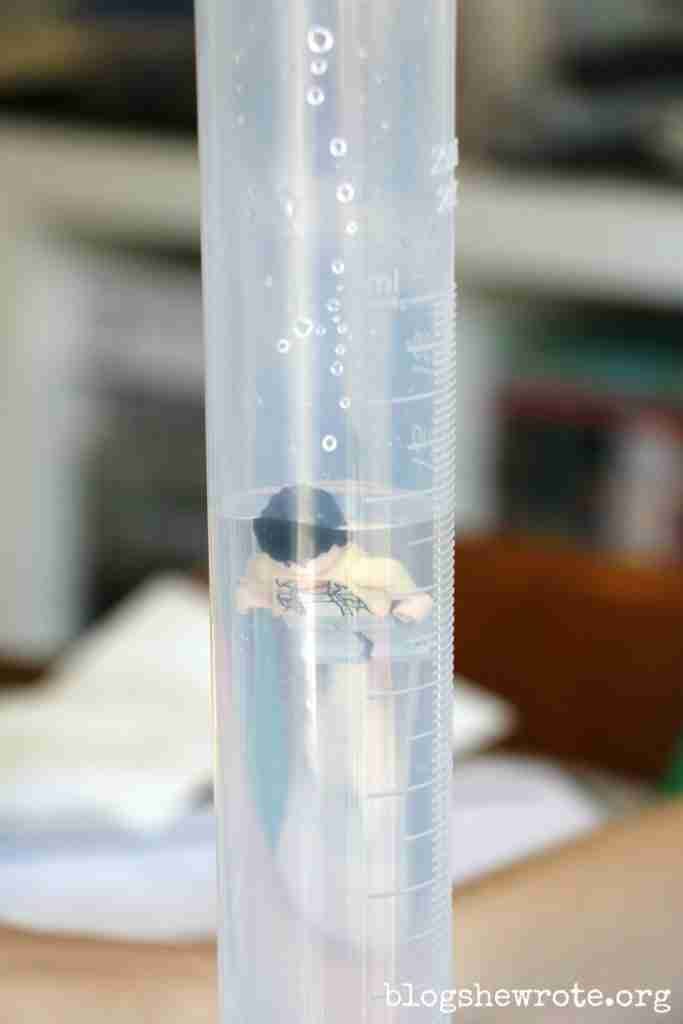 An object’s density is defined as its mass per unit volume. Another way to think about it is how tightly packed that object’s atoms are within the space it takes up. The further apart, the atoms are, the less dense the object. The opposite is also true. The more atoms there are packed together, the higher the density.

Archimedes discovered the principle of density when helping the king to solve a problem with his crown.

We observe differences in density when we see things float on water or when we mix liquids and they sort themselves out in layers.

Today we are going to calculate density by finding the mass and volume of various objects to see which is the most dense. Science Quest lessons are meant to help you, as a homeschooling parent, to do labs with your kids. Web searches often give classroom instructions, but these Science Quests are written for families doing science at home.

The following skills are used in calculating density: 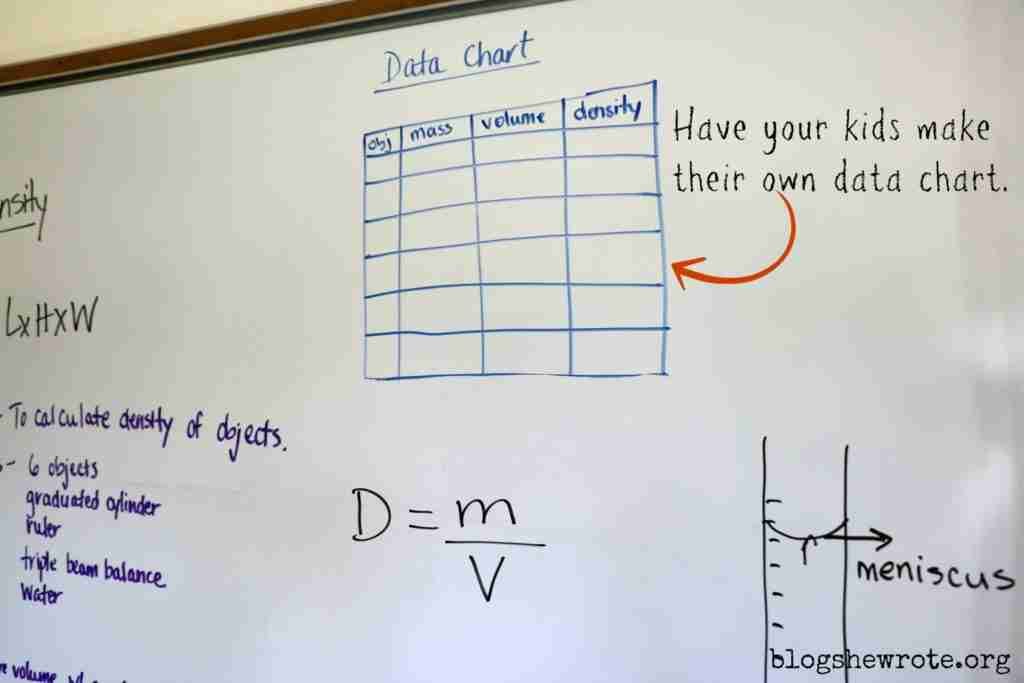 For this activity you need to gather:

Students will also be called upon to make a hypothesis about which of their objects is the most dense and why. I like to remind students of both parts of a hypothesis with the statement, “I think _____ because _____.” 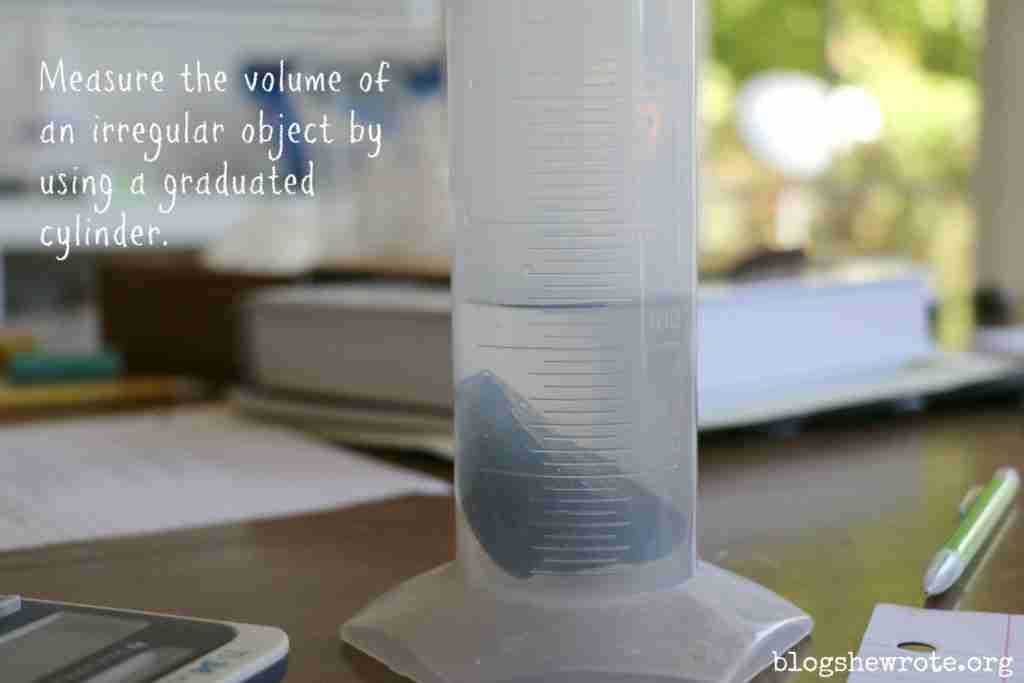 One of the variables in the equation for density is volume. There are a few ways to measure the volume of an object depending on its shape. 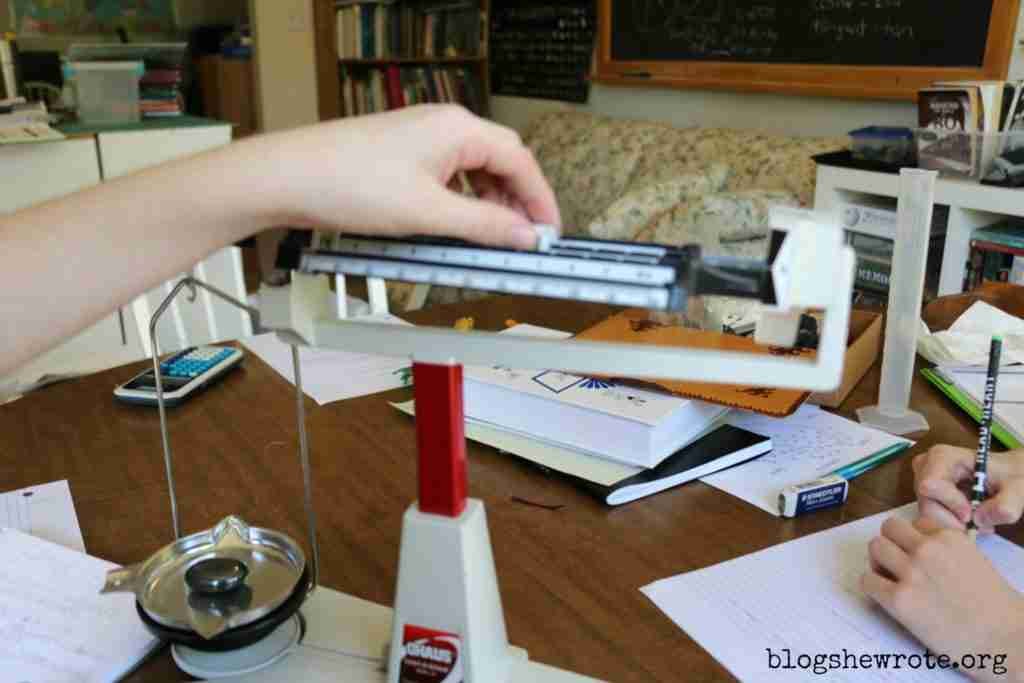 Mass is determined by using a balance to determine the number of grams. A balance is a handy tool to have in your home for many different science adventures.

We thought this would be a great opportunity for a video. Below we share with your our process of measuring mass and volume. It doesn’t matter which order you collect the data in. You can have some of your kids working on the volume while others are doing the mass.

Density is calculated by dividing the object’s mass by its volume. The equation looks like this:

Use the information you collected in your data chart to do the calculations. Which object has the highest density? 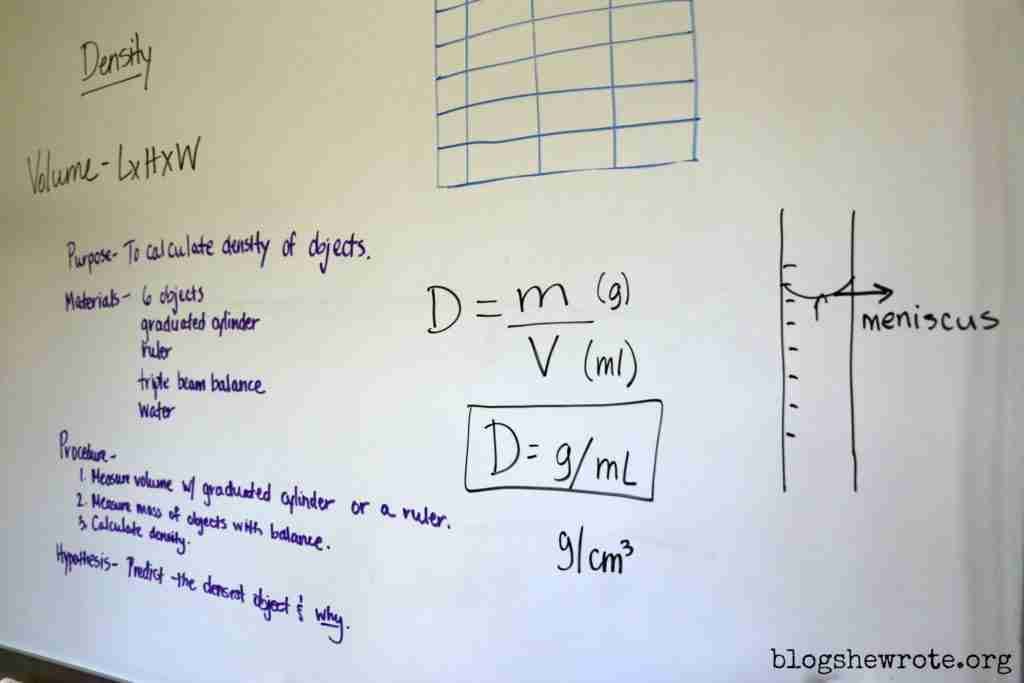 Which Object Has the Largest Density?

The last thing to do is to write about the results. Even if it’s just a sentence or two, you can have your students write about what they observed and how the calculations turned out.

That’s it! You’ve successfully learned about and calculated the density of an object. This lab is appropriate for earth science, physical science, chemistry, and physics.

How to Include Multiple Ages

We did this lab as a family and it could easily accommodate sixth to twelfth grade. My suggestions for including everyone:

More Science from Blog, She Wrote 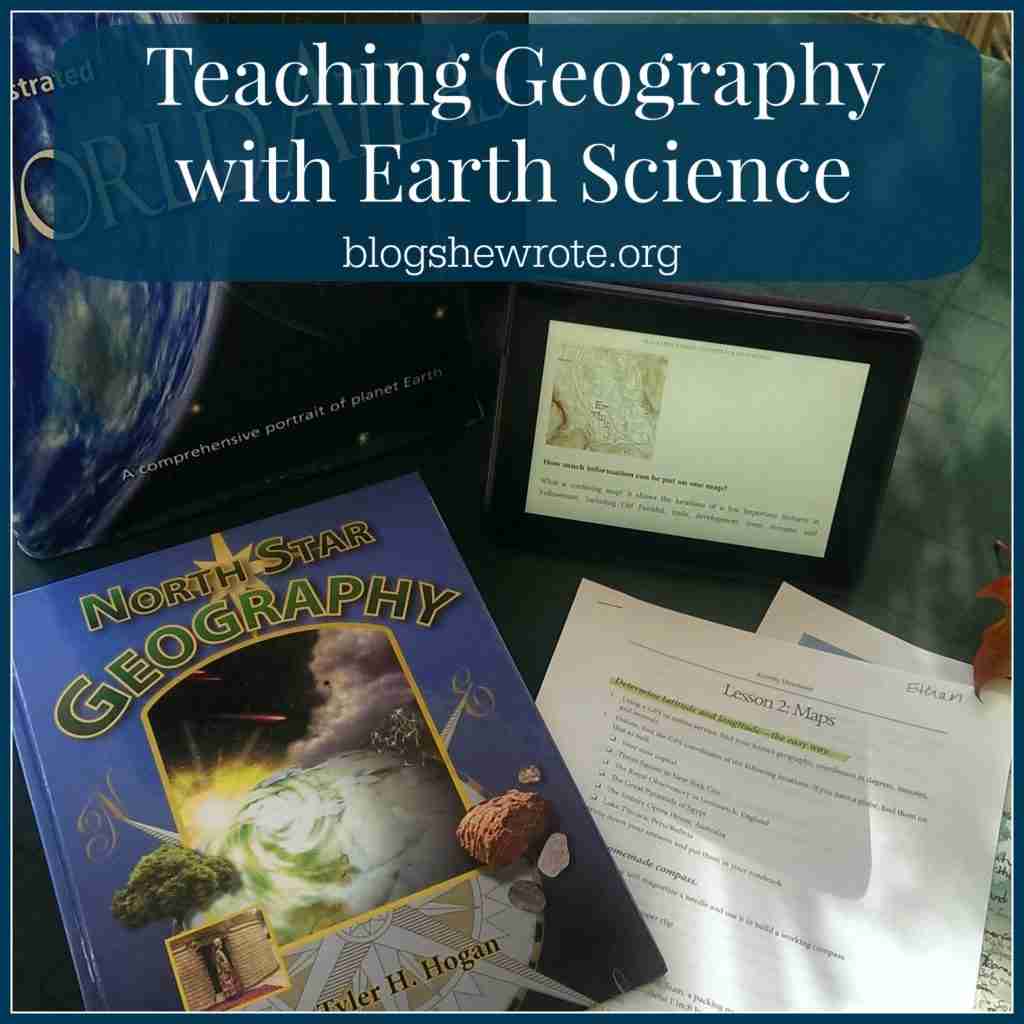 We love science! We’re teaching several different science disciplines this year.  Here are more posts to help you teach science in your home- a sort of mash up of various kinds.

Science Quest Measuring Lung Capacity– This is a lab based on the respiratory system and makes a great stand alone study on lungs.

Science Quest How to Determine the Frequency of a Trait– This is a lab on the Hardy-Weinberg Principle and is a hands on addition to any genetics unit.

Science Quest Observing Onion Cells– The procedure for looking at a single layer of onion cells under the microscope. 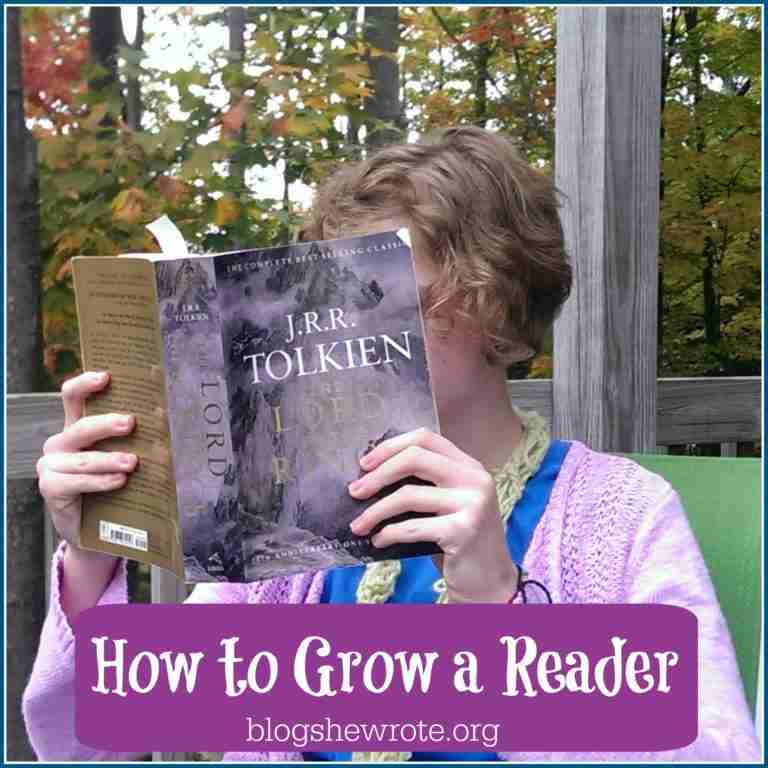 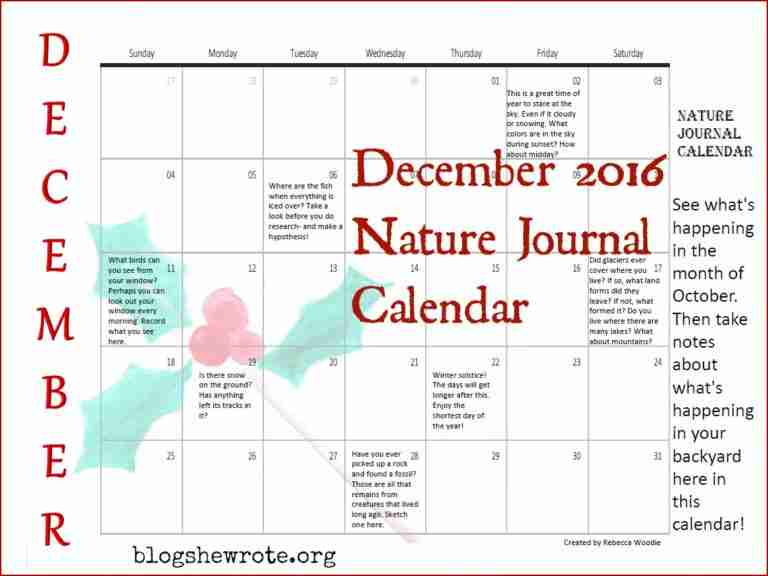 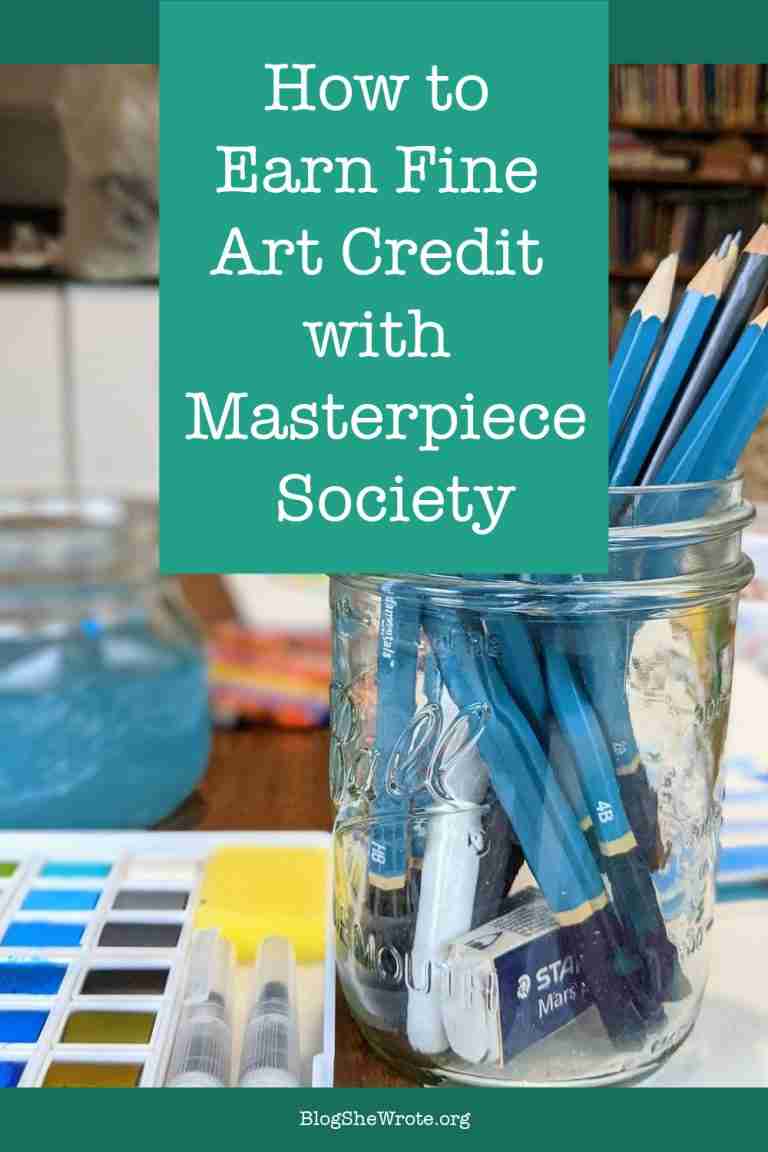 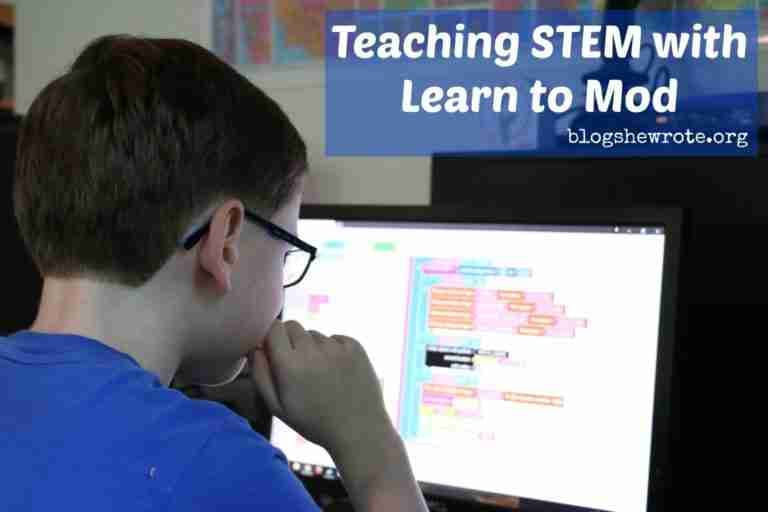 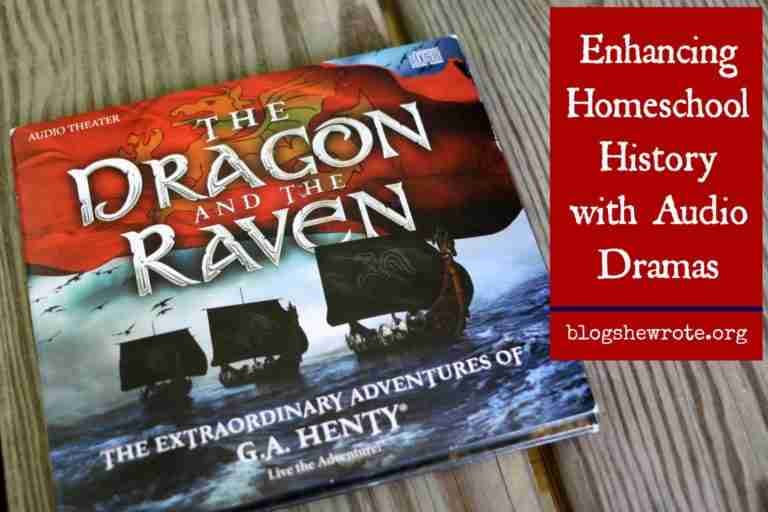