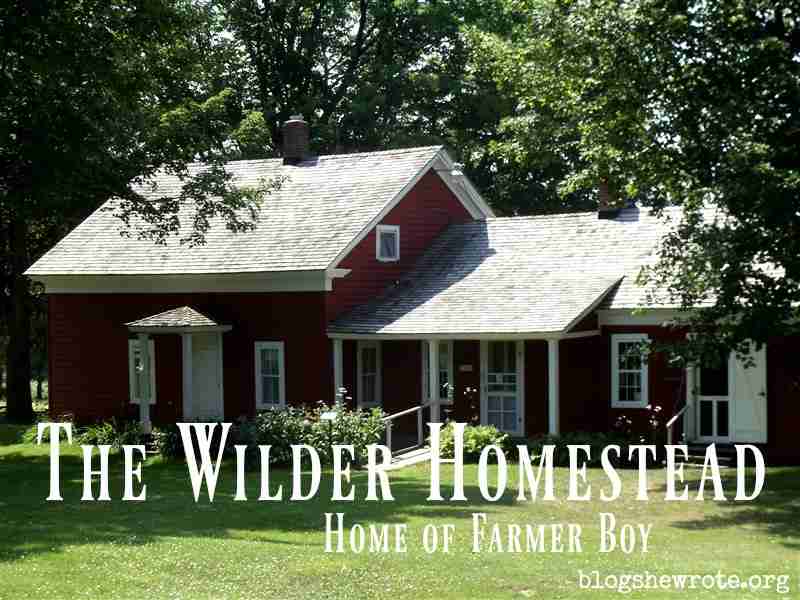 Our trip to the Wilder Homestead was years in the making or I should say years in our vision before we actually made the journey. We have adored all things Little House with our children for many years and Farmer Boy is definitely one of our favorites! For our kids it’s special because, of course, Almanzo grew up in rural northern NY State much like they do. Although we live in upstate NY, Malone is still many hours away north of the Adirondack Mountains. And, as you might imagine, not much else is around. So, we had in mind to take our tent camping on the road and we needed to get better at camping before driving so far to do it! This was our year! It was with great excitement that we set out on a blistering hot day near the Canadian border to see the boyhood home of Almanzo Wilder, the setting for Farmer Boy by Laura Ingalls Wilder.

The trip definitely exceeded our expectations and was the high light of the vacation- thank goodness! The property is very well kept and without a doubt our tour guide made our day! We were on tour for well over an hour with a man from AZ who comes to Malone in the summer to work at the homestead. He’s been to all the Laura sites and assured us this is the best one of them all. So…if you’ve been thinking about hitting Malone on your Little House pilgrimage, don’t hesitate! In addition to the well kept home, grounds, and barns, you’ll find a shelter with picnic tables and bathrooms. They are also in the midst of building a one room school house like that of Hard Scrabble School. I’m sure it will be a fine addition to the homestead experience. 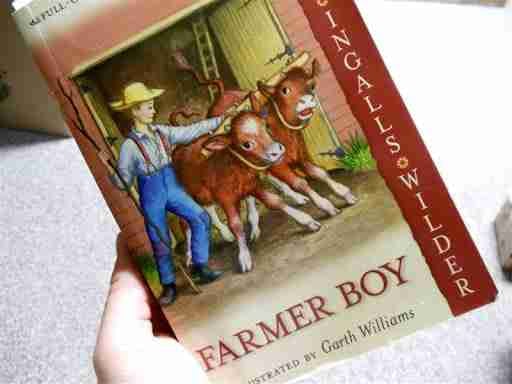 How can you not love this book? One of the things that I love most about the Little House books is that although it was written about a pioneer family living long ago, the stories Laura shares illustrate that human nature is just the same. Whether it’s Laura and Mary fighting over wood chips, Almanzo’s mother fussing over his eating, or Laura leaving a bit of her skirt out to spook the horses while Nellie Olson rides with she and Almanzo- it strikes a chord because you can see the same things happening today!

Our tour guide Jim led us around for over an hour telling us everything he had learned about the Wilders and Laura and her husband. It was a fantastic tour for a nominal fee. We could not take pictures inside any of the buildings, but we could take as many as we liked outdoors and so I did!

“He stood in the snow and looked at the calves, and they stared innocently at him. He wondered how to teach them what “Giddap!” meant. There wasn’t any way to tell them. But he must find some way to tell them: “When I say, ‘Giddap!’ you must walk straight ahead.”


Almanzo thought a while, and then he left the calves and went to the cows’ feed box, and filled his pockets with carrots. He came back and stood as far in the front of the calves as he could, holding the rope in his left hand. He put his right hand into the pocket of his barn jumper. Then he shouted, “Giddap!” and he showed Star and Bright a carrot in his hand. 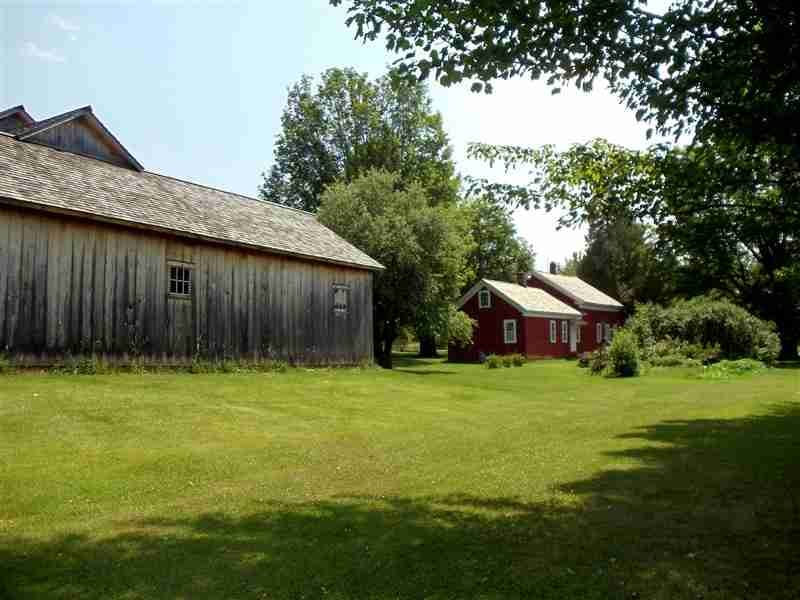 “Almanzo yelled for Royal. They chased Lucy all around the house, under the snowball bushes and the lilacs. They chased her all over the garden. Lucy whirled and dodged and ducked and ran like anything. All the time she didn’t make a sound; she couldn’t. Her mouth was full of candy.”

“Almanzo went first into the Horse-Barn. It faced the house, and it was one hundred feet long. The horses’ row of box-stalls was in the middle; at one end was the calves’ shed, and beyond it the snug henhouse; at the other end was the Buggy-House. It was so large that two buggies and the sleigh could be driven into it, with plenty of room to unhitch the horses. The horses went from it into their stalls, without going out again into the cold.


The Big Barn began at the west end of the Horse-Barn, and made the west side of the barnyard. In the Big Barn’s middle was the Big-Barn Floor. Great doors opened onto it from the meadows, to let loaded hay-wagons in. On one side was the great hay-bay, fifty feet long and twenty feet wide, crammed full of hay to the peak of the roof far overhead.”

“There were three long, enormous barns, around three sides of the square barnyard. All together, they were the finest barns in all that country.” 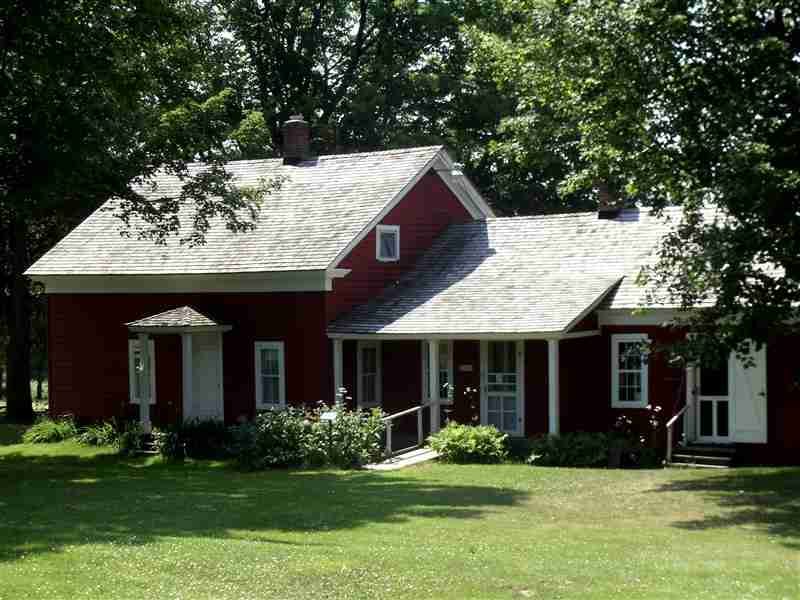 “The roof of the tall red-painted house was rounded with snow, and from all the eaves hung a fringe of great icicles. The front of the house was dark, but a sled-track went to the big barns and a path had been shoveled to the side door, and candle-light shone in the kitchen windows.”

We had a tour of the entire house but the basement- which is still whitewashed. The steps are stout enough to go to the second floor and see the children’s rooms and the attic where the loom and Father’s workshop was- we even got to see the little door where Almanzo would have climbed the ladder to enter the workshop from the woodshed in the house.

Their rooms were fairly large up in the second floor and you could try out the bed and learn what “sleep tight, don’t let the bed bugs bite” meant.

On the main floor, we visited the kitchen and pantry- the pantry was huge with a place where a well had been dug. When they renovated and shored up the foundation, they found the old well. Unfortunately, in order to make the foundation strongest, they chose not to leave the well accessible.

Are you ready for the best part? When we went into the parlor, we were shown the sick room- also the room where all the Wilder children were born. The stove went through the wall between the dining room and the parlor. But you know the same question was on everyone’s mind…where had the stove blacking hit the wall? Jim the Tour Guide told us that until last August they could not answer that question. However, he visits a historical society which gave him permission to see the renovations of the Wilder home and guess what we could see in the picture? The place where there was a black stain on the lathe and plaster under the wall paper! Now we know for sure where Almazno chucked that blacking brush at her! I’ll let you all find out for yourselves.

Our guide was really great with the kids and the stories and made sure to hit all the high points of the book. You can tell this is a love near and dear to his heart and we were the recipients of his great enthusiasm- definitely a God ordained moment for our family!

“The sun was rising, and all the eastern slopes of the snowdrifts were rosy in its light, when Almanzo snuggled under the fur robes between Father and Royal in the big bobsled, and they set out to the pond on Trout River.”

“The cannons sat on their haunches, pointing their long barrels upward. The band kept on playing. Two men kept shouting, “Stand back! Stand back!” and other men were pouring black powder into the cannons’ muzzles and pushing it down with wads of cloth on long rods.” 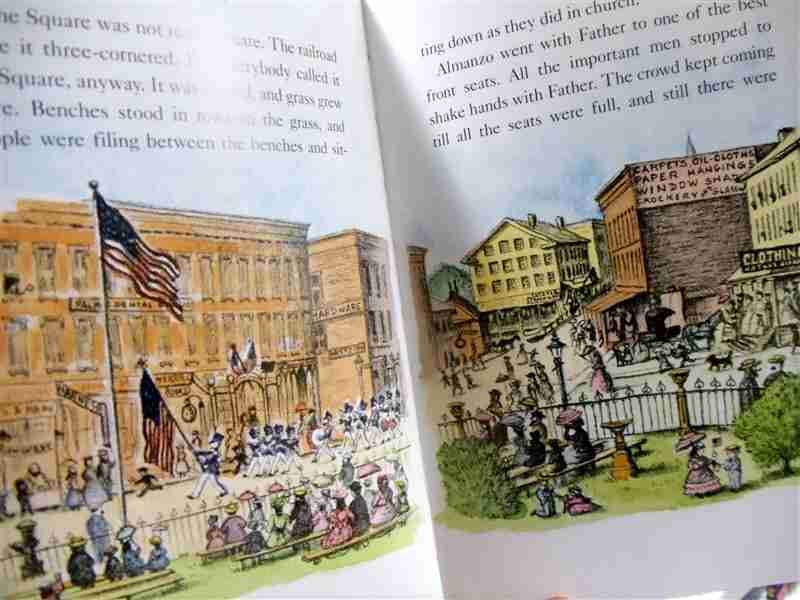 “The Square was not really squre. The railroad made it three-cornered. But everybody called it the Square, anyway. It was fenced, and grass grew there. Benches stood in rows on the grass, and people were filing between the benches and sitting down as they did in church. “

We passed right by the Franklin County Fair Grounds before I realized it and missed getting a picture. But, there it was, not long before we came to the Square. I can just imagine the Wilder Family following the same path we did to attend the Franklin County Fair and earn all those ribbons for the jams, jellies,and of course, the milk-fed pumpkin!

One question has always plagued me about the Wilders: If the farm was as successful as it sounds in this book, why did they leave for Spring Valley, MN? We have a lot of books about Laura and her family, but none of them addressed this issue. Well, I have my answer!

I was really surprised to see that the soil on the farm was sandy. It was VERY sandy! So, Father managed to have a successful farm on the land, but it was very hard work to make that soil so productive. Some of Mother’s family had move out to Minnesota and found the soil to be very rich and easy for farming. Over some years, they finally convinced Father to move his family out there. They were back and forth for a while and finally moved on completely. He was also very prosperous in Spring Valley, but I won’t tell you the end of the story.

Our kids love this series of books and have read them over and over along with all those books about the books and we still learned new things and it was a fabulous field trip.

I bought a few postcards for our scrapbook, but then I grabbed a CD that caught my eye. A Tribute to Charles “Pa” Ingalls was made by Bruce Hoffman who is actually playing on Pa’s fiddle! The CD is excellent and features the songs Laura talks about in her books. It brings an extra smile to our faces knowing that the fiddle we are hearing is the same one Pa played for Laura! My kids adore this CD so it’s been getting a lot of playing time and has now found it’s way to our mp3 files and their individual players.

I’m looking forward to getting all moved in to our new home next weekend and just as soon as my new “Secret Lair” is put together in its new spot, I’m going to start a new photo album with just these set of pictures. I can hardly wait! 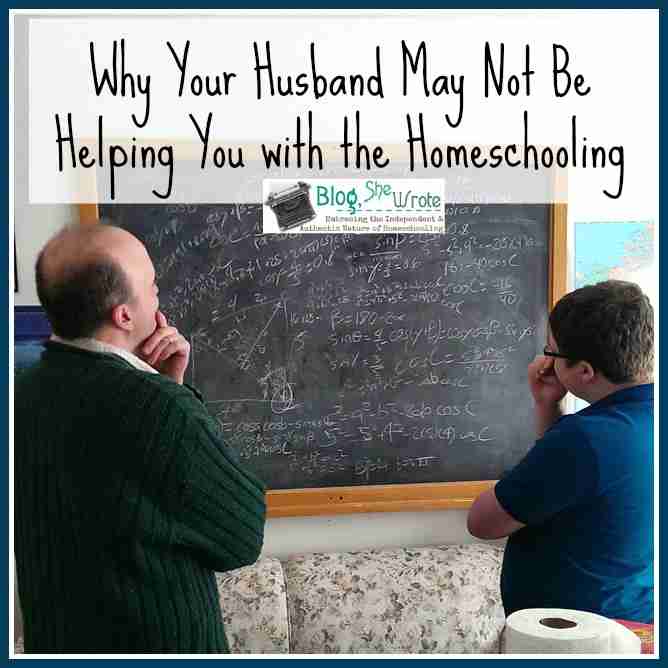