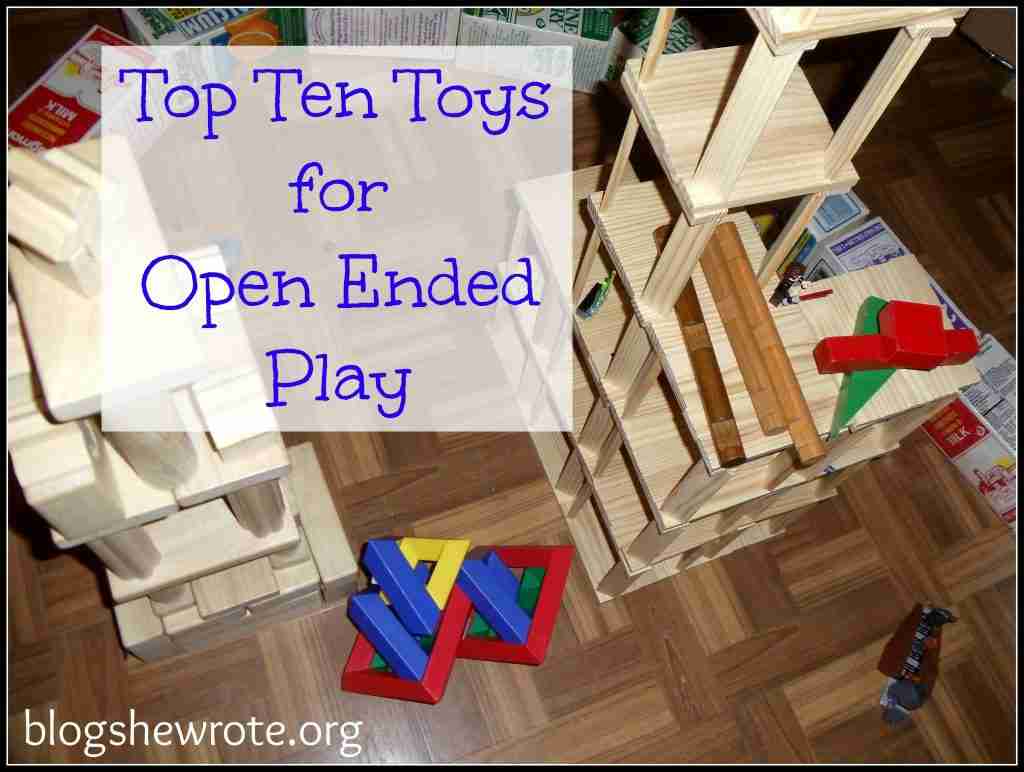 One of the benchmarks of a lasting toy is manufactured quality, but perhaps the most important is playability.

Does the toy have lasting play power?

I’ve picked ten categories of opened ended play items to share with you today which include choices for preschoolers, tweens, and teens. 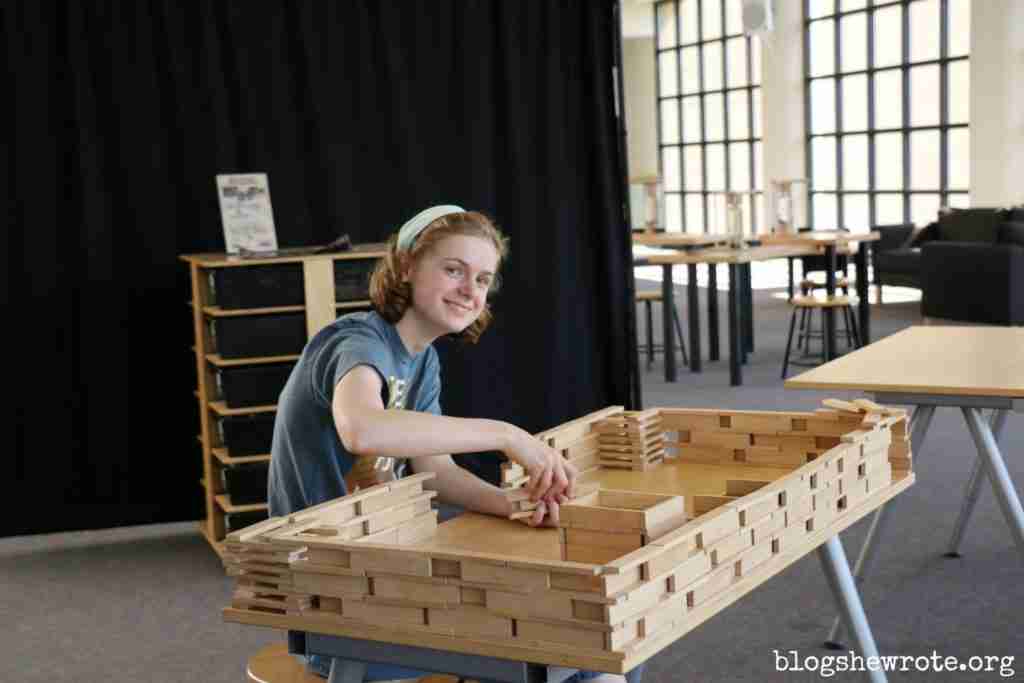 These include blocks of all shapes and sizes. My middle and high schoolers will still pull out the blocks if the mood hits them.

Notes on purchasing blocks: easy places to buy at great prices are Constructive Playthings & Discount School Supply. If you have more than two kids, consider buying large quantities so there’s plenty of building materials for lots of creativity! 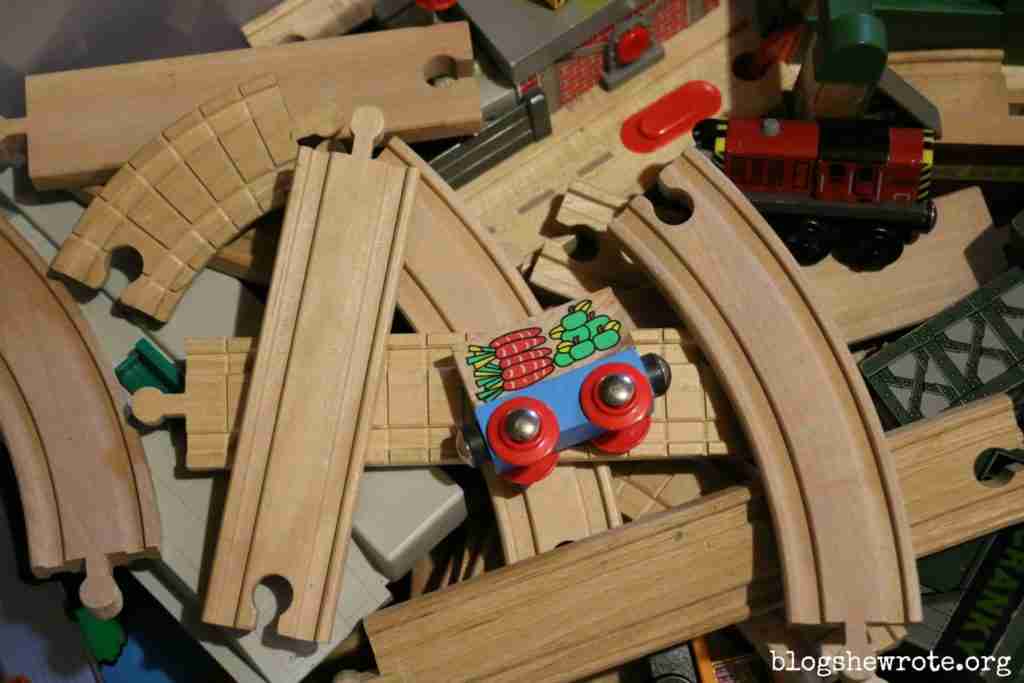 My children have had countless hours playing with the wooden trains both Brio and Thomas sets and accessories. They will still set up a big train with all kinds of block buildings around it. They make a zoo or other fanciful worlds, but it is always fantastic and engaging for long sessions. We added a lot at once with a large set from Constructive Playthings and we used great coupons for local stores for the Thomas accessories.

Notes on Trains: Resist the urge to purchase the beloved train table! I had one made more cheaply than the store versions, but the table puts a pinch on the open ended value of building the train. You have to have uncanny spacial skills to get a track made that will fit in the confined space. It only took one visit to a friend who had their train sprawled out for miles on their floor to completely end the fascination (and subsequent frustration) of the train table.

A marble run is such a great activity for younger and older kids and we’ve done a lot of physics with our sets.

Dress Up for Open Ended Play

What house full of preschoolers doesn’t love dress up? As your kids grow, they will still find reasons to get into costume. We often have great Halloween costumes from our dress up kits and my kids like to put on dramas and have fun being someone different for a while.

Centers- I like to store our dress up themes with their props. This makes it fun to pull a box and play out that scenario.

That’s not the end of the list, but you get the idea. I love having all the items together so they are easily stored and found when the mood strikes. We also have a free dress up bin with all sorts of costumes and fun in them. 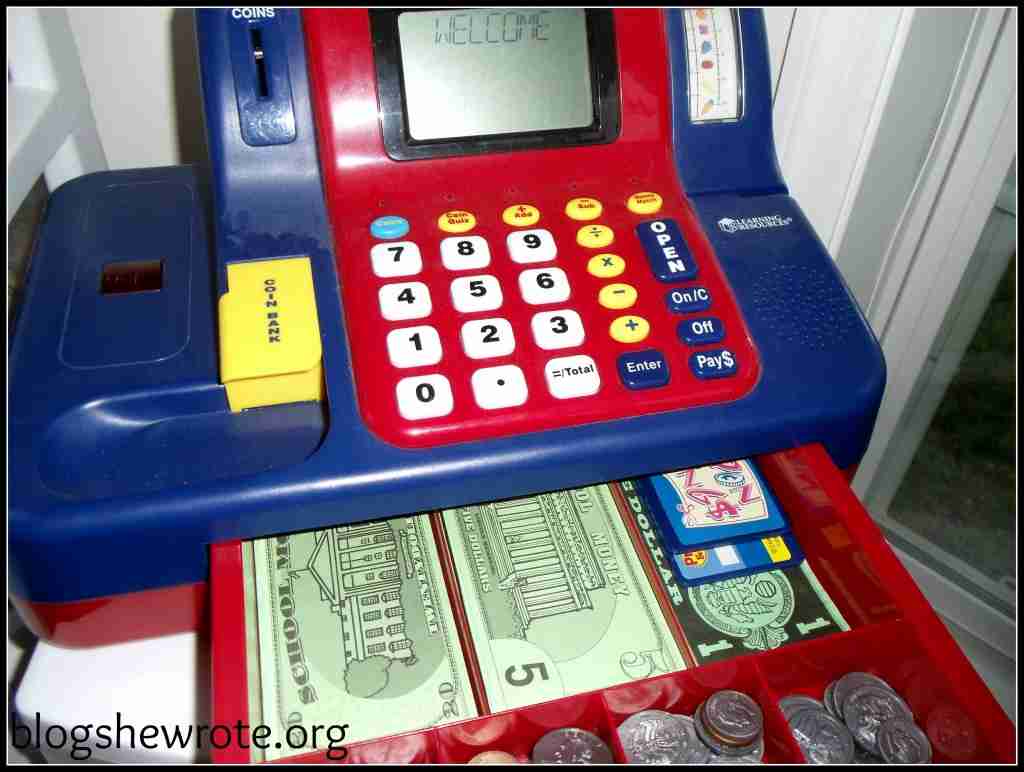 This item had to make my list. There are so many play time activities that require a till- whether you are selling ice cream or running a zoo, the exchange of money will take place. A nice cash register will be the perfect prop. My favorite is the Learning Resources Deluxe Teaching cash register. The money is a nice size and there’s plenty of it. You can also order refills. It’s an investment, but it has lasted many years and far beat out its predecessor. This one has games in it for when math time begins.

Buttons are such a great plaything! I order them from Discount School Supply and they are available in one or three pound quantities. Whenever I made an order I added a bag of buttons. You can also find large sizes there for smaller hands.

What do you do with buttons?

Taking liberty here with the definition of a toy, but art supplies sure provide hours of open ended activity for kids.

What should you have on hand for creative time?

You’ll also need to allow your children ample access to the supplies as their age and ability allow. Teaching expectations at a young age goes a long way to being able to get more out for your kids. Open ended play doesn’t happen when kids don’t have access to the right playthings! 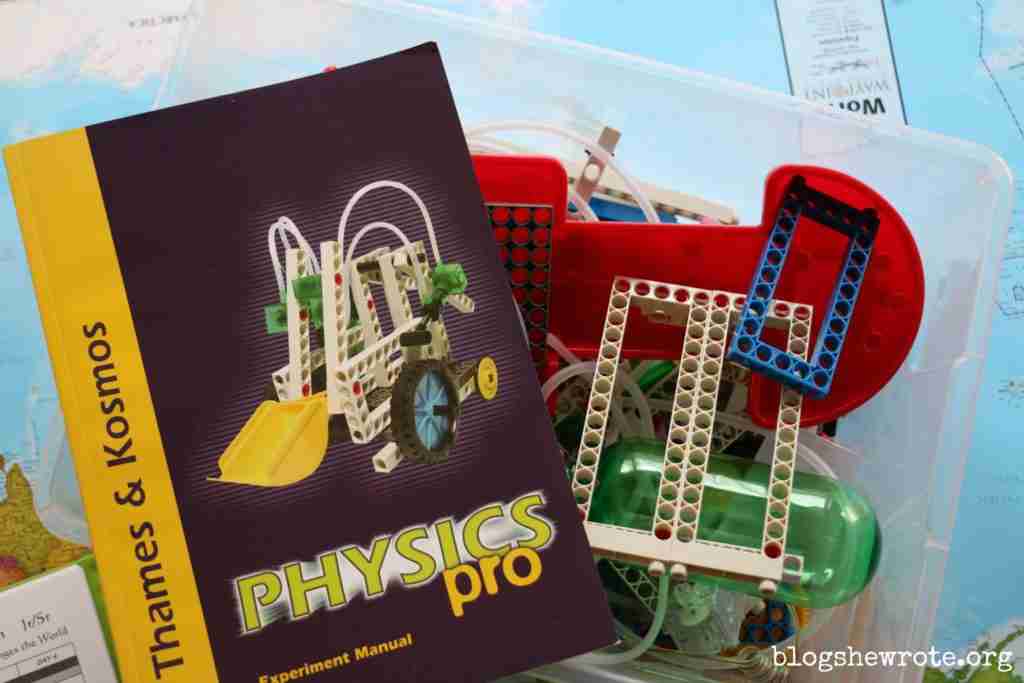 While some might consider these fairly prescribed given the directions and how things go together, for a kid like our youngest, who will invent and explore on his own, this is a huge sandbox of fun!

Some of the Thames & Kosmos sets listed above are compatible with each other so you can build things other than what you see. 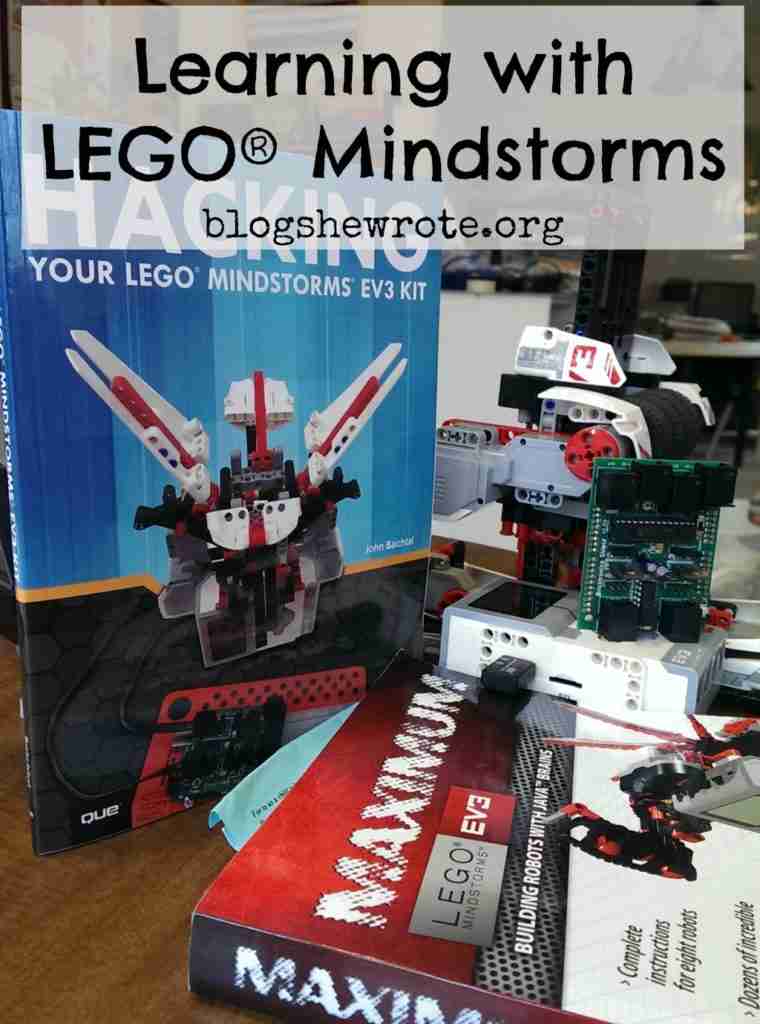 What toy list would be complete without LEGOS? I would argue that some sets are better than others when it comes to promoting open ended play. Themed sets lend themselves toward theme play, but it also depends on the personality of the kid. Some builders love to create on their own, while others prefer to build the sets as is. Some builders only build once and enshrine, while still others wreck the creation and start again. And some builders are meticulous about keeping sets together, while others like to mix things up!

LEGO Mindstorms – The EV3 is the computer brick that is compatible with Technic pieces to build robots which use a variety of sensors to do work and all sorts of things.

FIRST LEGO League– We are heavily involved with FLL and we teach LEGO robotic classes at co-op. There is a lot of open ended engineering for kids to complete a season successfully.

Mindstorms NXT Manuals– there are many books in this series to help kids in making robots and programming them.

There is always something going on with our Mindstorms kits. 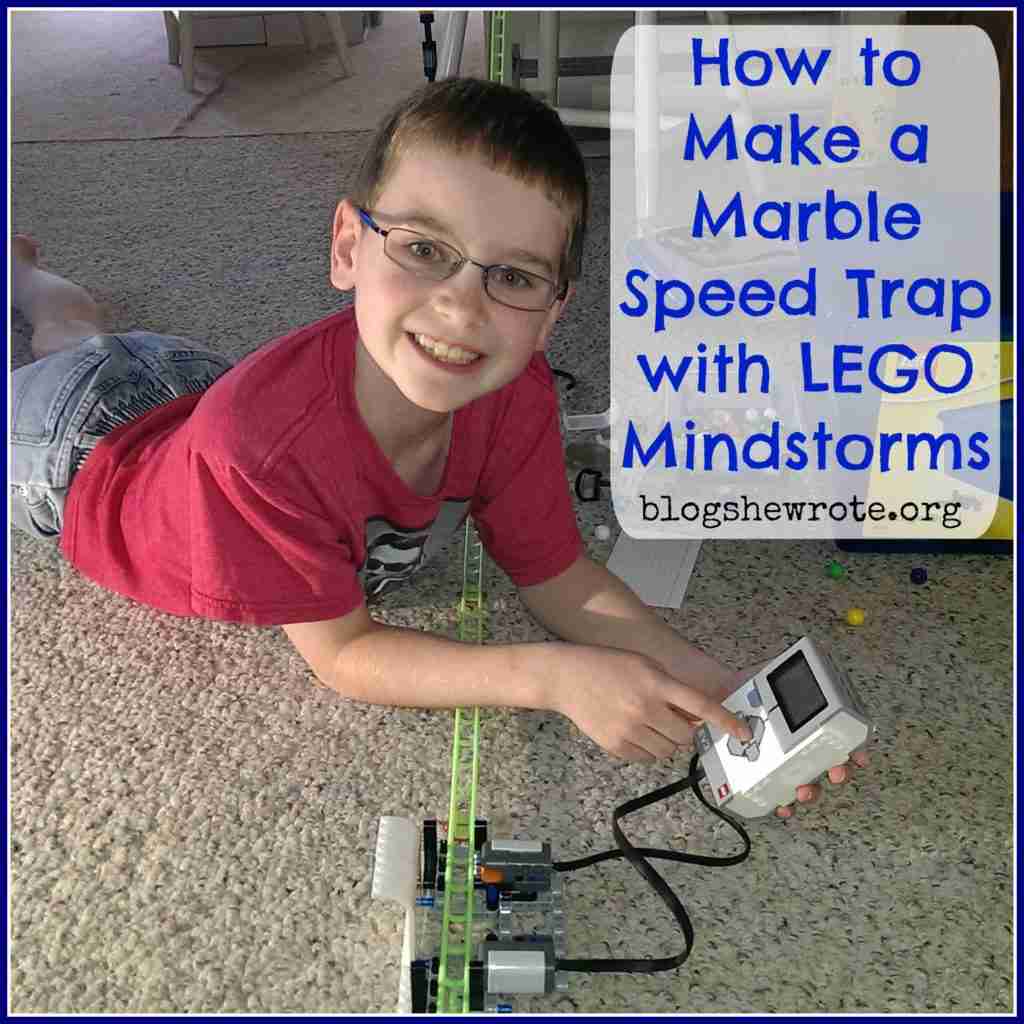 Most of this list is of the screen free variety, but I had to include the open ended play my kids have with a variety of software.

The video was made using SAM Animation with an idea from a Klutz book. It’s a video of a head of cabbage reciting the Gettysburg Address in its entirety. Listen in and you’ll hear my 18 year old, high school senior. He was about 12 when he put that together.

Scratch– building blocks of programming for kids, free put out by MIT

Mindstorms– the software that goes with the LEGO Mindstorms Kits

May you and your family have many hours of creative and engaging playtime!

Other bloggers of iHN are participating in the 10 Weeks of Top 10 Lists 2013. 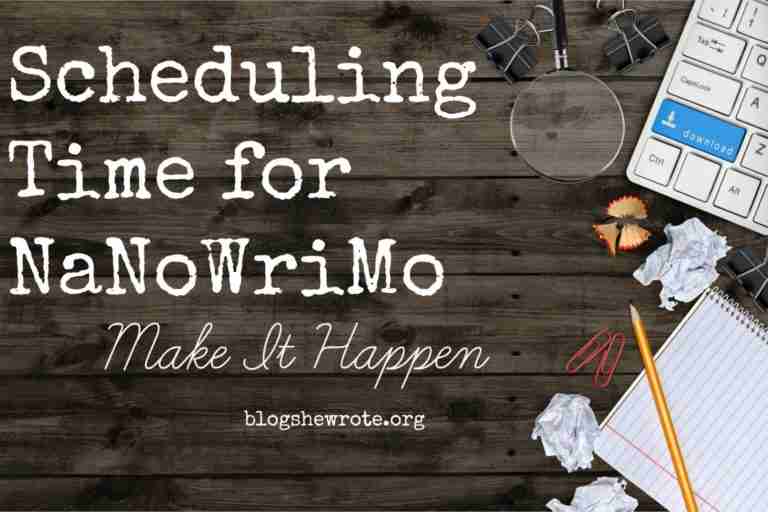 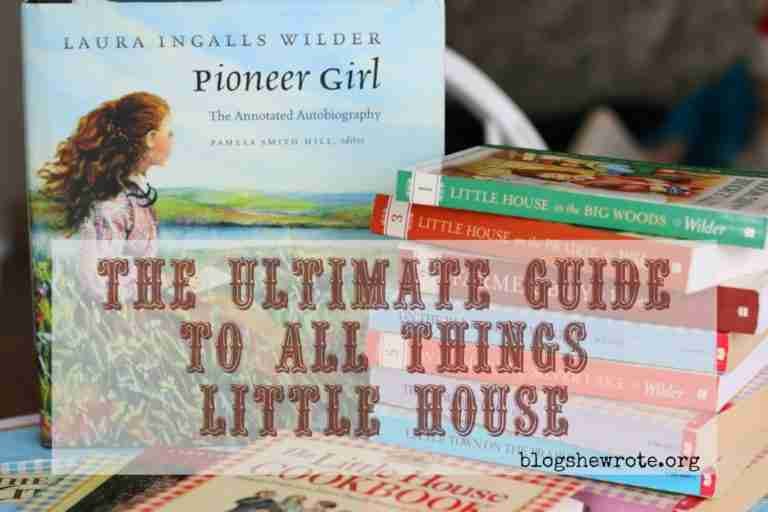 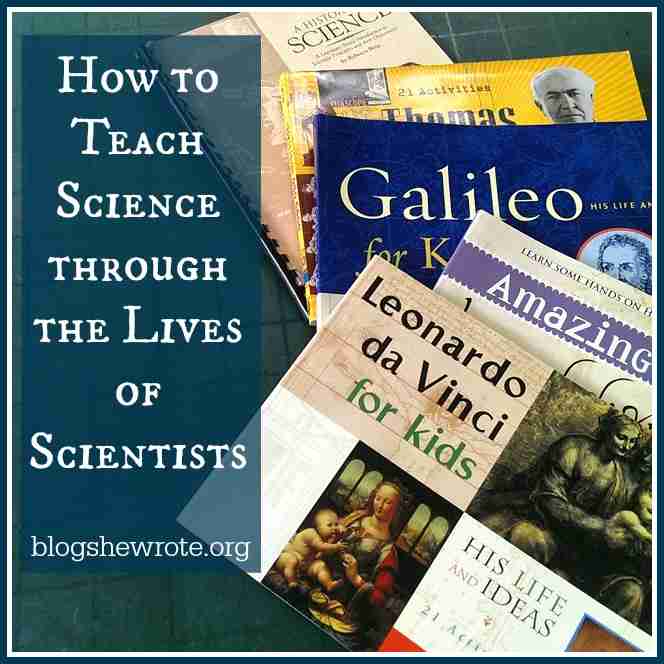